The Facts About the Phoenix Police Shoplifting Controversy 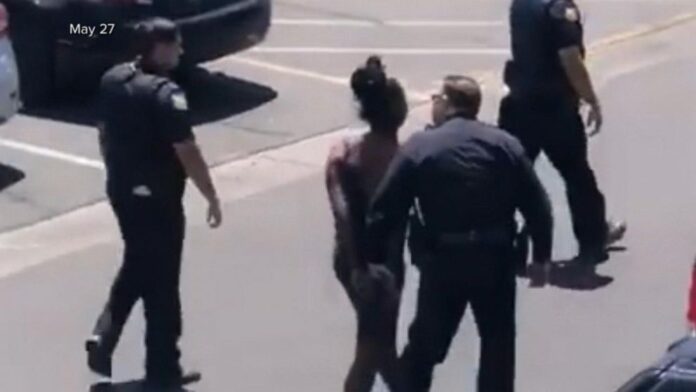 The stellar job of “journalisming” continues, this time in regards to the Phoenix Police Department’s Shoplifting controversy.  Let’s look back at a few of the recent media headlines about the incident:

After a 4-year-old took a doll from a store, video shows Phoenix police pulling a gun on her parents – Washington Post

Reading the headlines and listening to the media reports on almost every news outlet one would be left believing that the Phoenix Police Officers used excessive force when they drew down on a “pregnant woman” and her child for the crime of having a 4-year-old walk out of a store with a doll.  Here’s the video that started all this if you have not seen it.

Now, let’s gets some of the actual facts out which I’ve learned after talking with a couple of Phoenix PD officers, both current and retired, that have knowledge of the subject and the officers involved.  It should also be noted that all of the facts below have been given to the media outlets, including the police reports.  I’ll ask if anyone has heard any of these facts mentioned by any media outlets:

Now, I won’t condone the “put in a cap in your head” comment or the fuck this, fuck that being yelled by the officers.  You have to be professional . . . always.  You are the police.  They are the criminals.  Act accordingly.

Some people might not like the semi leg sweep.  Fine, but it is a tactic that is within police policy and used on any number of traffic stops when a hand-cuffed subject needs to be put off balance to be searched.  Unfortunately, from a perception perspective, the suspect falling to the ground made it look worse than it was.

I will challenge anyone to review Phoenix Police policy and tell me where they went outside of it, other than the cussing.  And I don’t care about how the video makes you feel.  Facts don’t care about your feelings.  The fact is that Phoenix PD were within policy when attempting to arrest a number of adults, that shoplifted several items from a store (including a doll) and then failed to obey commands when confronted by the officers.

What the news media should be focusing on are the two horrible parents.  For one thing they have already taught their 4-year-old how to shoplift.  Second, the couple put their two kids in harms way when they decided not to obey police and instead attempted to evade them with their kids in tow.

It is unconscionable how the Phoenix Chief’s first reaction was to get in front of the cameras and apologize for this incident.  While it might have garnered bad press for her and the organization, she knows it was a call that happens in their city, with their officers, everyday and that what was recorded on the video was, outside of the cussing, 100% in policy.  Here is her virtue signaling:

At least someone within the organization decided to fight back with a few facts and PPD released the security video of the store showing the couple shoplifting from the store:

These people are not victims.  They are criminals.  Forget the shoplifting, just watch the video and see how the woman just tosses crap around the store.  Is that how you hope your children act?  Is that how you would act?

And if you watch this video and it feels good to get all fired up against the police, take perspective in what is in the process of happening.  Cops are tired of being shit on since 2015.  Cops are tired of being held civilly and criminally responsible for taking actions that they were trained to do and were told her “within policy” and supported under the Constitution.  Nobody wants to be a cop anymore.  Don’t believe me, ask anyone involved in the hiring process for police organization anywhere in the country.  Phoenix PD is down about 15% below their minimum staffing.  My old department, Scottsdale, went from the mid-400s to just right around 400 officers.  We had to cut patrol shift and take cops off of the road to adjust.  Departments can’t hire the positions as fast as people are leaving.  Hell, I was done with all the bullshit and decided to pull the plug when I got my 20 years in, as opposed to entering the DROP and working five more.  Best decision I ever made.  But to everyone outside of the profession just think about this.  If nobody wants to be a cop anymore.  If the profession is not deemed “noble” as it once was, when you call the police for an emergency there might not be enough cops working to get there in time.  And when they do, since departments all over the country are dropping hiring standards to be able to fill positions, just think of what kind of an officer is going to show up.  Our profession will soon be hiring over night security guards in order to put butts in patrol cars.  Think about it.