Everybody is a Terrorist Today 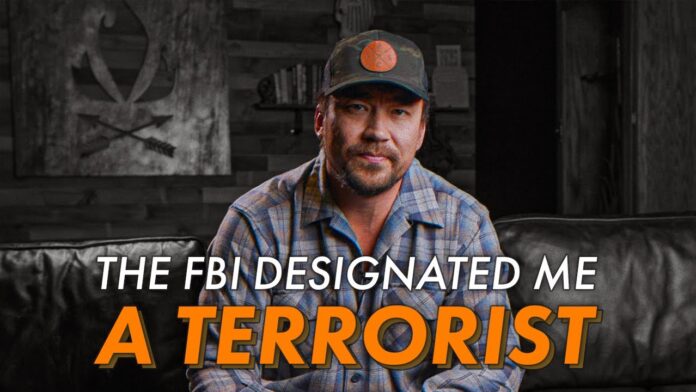 Mike Glover, a former Delta Force operator and founder to American Contingency, posted a YouTube Video explaining how his organization, according to sources within the FBI and DOJ, has been designated a “Militia Network”.

Glover founded the organization on July 4, 2020, as a response to the “mostly peaceful, but fiery” protests that resulted in approximately $4B in damages and over 2,000 people injured. In the months that followed, and after gaining roughly 13,000 paid “subscribers” to the service/company, the media had already targeted them and classified them as an Alt-Right, Anti-Democratic organization . . . without much in the way of evidence.

Political Research Associates (PRA), a left-leaning “fact-checking” organization wrote about American Contingency that it had provided “talking points that have become common among the Patriot movement and Republicans more broadly, American Contingency spreads dangerous rhetoric that casts Black Lives Matter, Antifa, Sunrise Movement, Democratic Socialists of America, the environmental organization 350, the Council on American Islamic Relations, Open Society Foundations, and other progressive organizations as domestic threat forces” and that it’s organizer is “heavily reliant on right-wing analysis steeped in anti-Muslim and anti-Communist conspiracy theories, it’s not surprising that American Contingency has become a vehicle of misinformation.” PRA does have to go on later and explain that AC “at times has denounced violent militia groups, including the recently-formed Boogaloo movement” and pointed out that Glover, himself, stated in YouTube videos, “this isn’t a right-wing movement, this isn’t a go out and defend a building, a statue—this is not that movement” that he continues, “means to bring people together, in a social network, to have each other’s back in the worst case scenario.”

Some evidence put forward to support the Alt-Right Wing, domestic terror group moniker by AC’s detractors includes: a $6,000 donation to Kyle Rittenhouse’s defense fund. I do find this very ironic because our sitting VP did almost the same; raising money for the defense funds of rioters and looters arrested by law enforcement during the 2020 riots. Guess the same acts, but for a side of the political aisle that you agree with, is a positive and does not go towards identifying you with “alt” or “far” side of the Left.

So, what has American Contingency actually done? One, they put people on the ground around the Capitol on January 6th, not to invade the Capitol, but to protect the surrounding neighborhoods by putting eyes on the ground that would then call local law enforcement if groups of agitators moved into those areas. AC did have a small number, about four, paid members thought to have entered the Capitol building on that day. Glover stated that all those thought to have done some were removed from the organization. In Kentucky, they sent both people and money to help with the flooding during this past summer. They sent people to several areas hit by tornados in 2021 and 2022.

He was also recently on Andy Stumpf’s Cleared Hot Podcast talking about the police response, which I linked to in another post.

I’m just wondering when we are going to stop doing these two things that are very dangerous to the future of our country. One being the attempt to demonize anyone that hold a different view point as a Nazi, Alt-Right, terrorist, etc. Two, using the Department of Justice to go after those very people and organizations.

I’ve heard Glover talk many times. While he holds some beliefs on things that seem to be on the fringes of what most people thing, I’m still not sure how you classify his organization, or any organization, a domestic terrorist organization with that group actually every doing anything illegal.